“Interfaith Matters” is an original podcast series from The Interfaith Center of New York that explores the intersection of faith and social justice. Since its launch in 2016, the series has interviewed leaders from many diverse traditions and communities, educating people about the faith practices of their neighbors, and exploring how faith leadership can activate communities to address social justice concerns.

Throughout New York, clergy members, lay leaders and faith-based activists from every faith tradition are working to create positive change for our own communities and the city as a whole. But all too often we find ourselves working alone — without a strong network of interfaith ties, or knowledge of the city’s civic institutions. In this episode of our #InterfaithMattersPodcast, host Hanadi Doleh talks with three graduates of the Interfaith Civic Leadership Academy about some of the most useful (and sometimes unexpected) aspects of the academy, and what many NYC faith-based activists can stand to gain from participating.

Browse episodes of the podcast series using the menu on the right or on any of these apps: 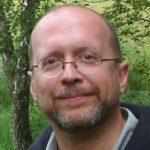 Kevin Childress is an online communications manager for several faith- and interfaith-based nonprofits organizations. A resident of the Bronx, Kevin has worked with religious and civic leaders in every borough of New York City to address social justice issues such as police-community relations, immigration, and domestic violence. While his academic background is in Comparative Religion, his professional background is in Business, with more than a decade of experience in Information Technology, Public/Media & Donor Relations, Executive Management and Finance. He has extensive knowledge of digital imaging, including video production and all avenues of social media. 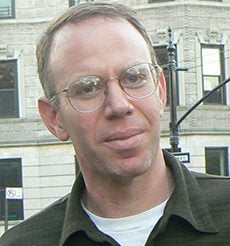 Henry is the Director of Programs at ICNY, and is a cultural anthropologist, community educator, interfaith organizer, and scholar of American religious diversity. He joined the staff at ICNY in 2010, and has helped develop and facilitate a wide range of programs serving religious and civic leaders, social workers, K-12 students and teachers, and others. Prior to his work at ICNY, Henry received his Ph.D. in anthropology from the University of California at Santa Cruz, and taught religious studies and cultural anthropology at Wesleyan University and elsewhere. Among other publications, he is the author of Race and Religion among the Chosen Peoples of Crown Heights (2006) and coeditor of Race, Nation, and Religion in the Americas (2004). He is a life-long, fanatic New Yorker, and lives in Brooklyn with his wife and children. 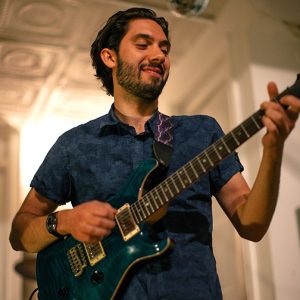 Jeff Berman was our season 3 and 4 audio engineer and editor.  Jeff is a multi-instrumentalist and composer, who approaches music as an opportunity for creative dialogue. He received his BA in Music from Wesleyan University, where he studied music from North America, West Africa, and South and East Asia. Jeff’s background in music performance and ethnomusicology has led him to integrate perspectives of personal and cultural expression in his work, and he appreciates music as an avenue for continued learning and discovery. In addition to his work as a composer and performer, Jeff is a passionate educator, and is currently developing a performance-based curriculum that engages Homer’s Odyssey as an oral tradition. 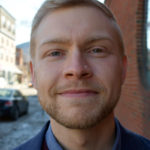 AJ DeBonis is a graduate of Villanova University and Yale Divinity School. He has taught courses on world religions and the Catholic intellectual tradition at Sacred Heart University, on bioethics at Yale University, and on theology and ethics at Fishkill Correctional Facility. His first contact with the Interfaith Center was through the NEH “Religious Worlds of New York” summer institute for teachers. He is a member of the theology department at Regis High School in Manhattan and lives with his wife and two children in Beacon, NY. 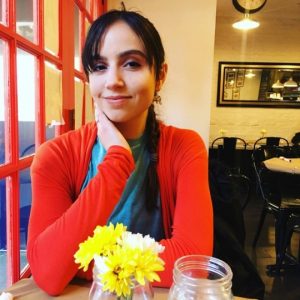 Hannah Meholick was our Seasons 3 and 4 host.  Hannah is a graduate from Point Park University where she studied cinema and documentary filmmaking. She moved to Manhattan in 2017 and soon began working with the Interfaith Center on the Interfaith Matters Podcast. Since departing the show, she is now pursuing a graduate degree in Journalism and Middle Eastern studies at Columbia University. 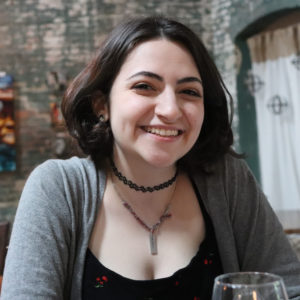 Michelle Polton-Simon is a native New Yorker and recent graduate of Lafayette College, where she double-majored in Government and Law & Film and Media Studies. While there, she produced the “Various Breads and Butters” podcast. Since graduating, she has freelanced as a production assistant and set builder and is currently the Social Media Intern at New York Public Radio. 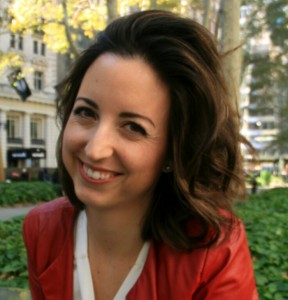 Maggi Van Down was the founder of “Interfaith Matters” and worked on every level of its production for seasons 1 and 2.  She went on to a career in podcasting at Sirius XM, first as a curator of Religion and Culture Podcasts, then as a producer.  In partnership with American Media she produced a groundbreaking podcast series “Deliver Us” about the Roman Catholic clerical sex abuse crisis.  She lives in Brooklyn.